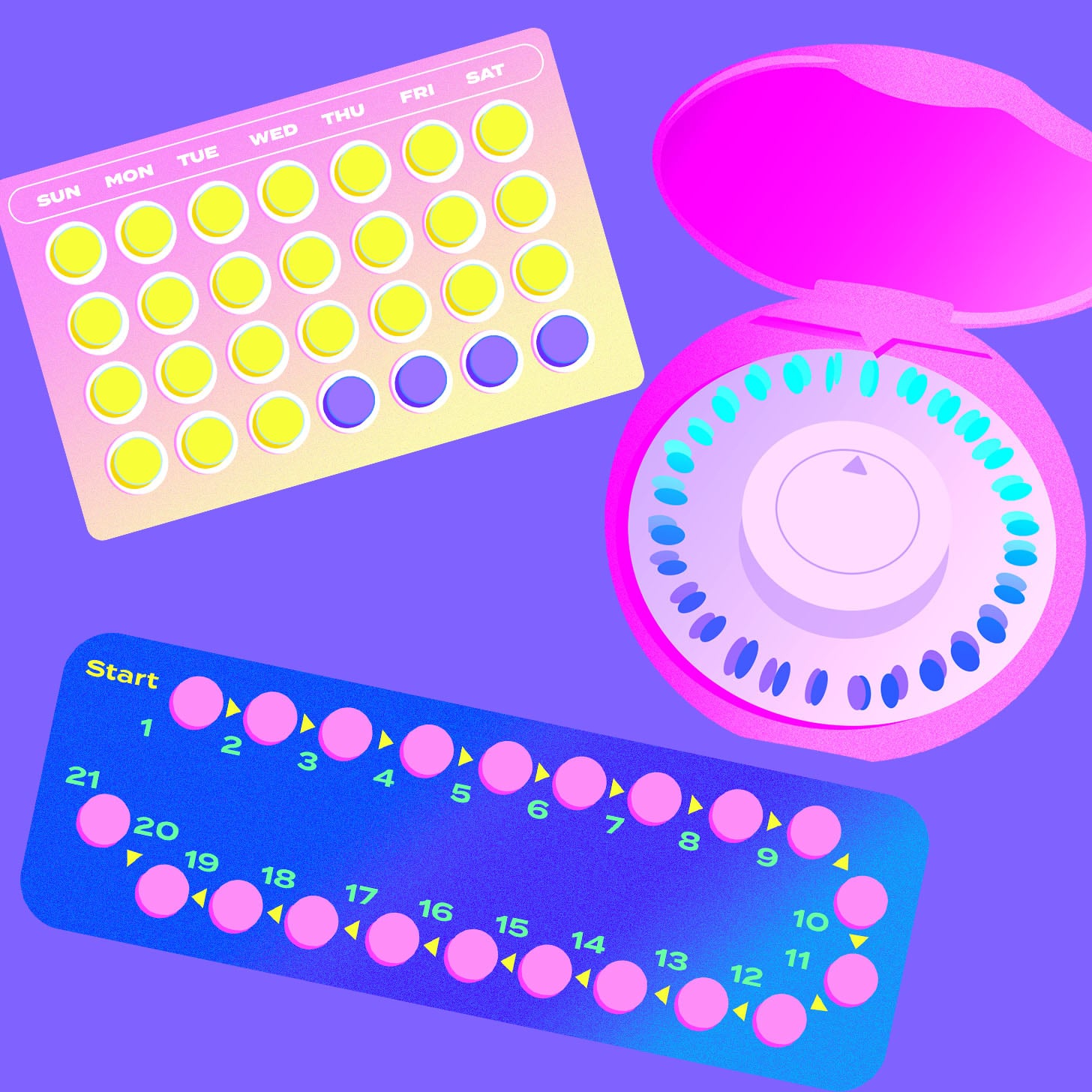 When you need to take emergency contraception like Plan B, it’s usually just that — an emergency. Maybe a condom broke, for instance. Or maybe you were taking a hormonal birth control pill, but after having sex realized you’d missed a few days that month, and chose to take Plan B for extra security. This is a total valid and common experience — but, in that case, you might wonder whether it’s safe to take Plan B on birth control. Does Plan B cancel out birth control, meaning you should stop taking the pill for the rest of the month? Or should you keep taking your regular birth control as usual, and just use a backup method of birth control (like condoms) until you start a fresh pack? And what about if you took a different type of emergency contraceptive, like the prescription-only Ella?

What Is Plan B and How Does It Work?

First, some background. Plan B works by interfering with ovulation so fertilization can’t occur, thereby preventing pregnancy. It contains progestin, a synthetic form of the sex hormone progesterone, and should be taken within three days of unprotected sex. You can buy it over the counter, and it sometimes causes side effects such as nausea, abdominal pain, and irregular bleeding. Worth noting: Depending on what morning-after pill you take, if you are over a certain BMI, there’s a chance it may not be as effective, though the FDA says evidence for this is limited.

Can You Take Plan B While on Birth Control?

The Plan B website states, “Plan B does not impact the effectiveness of any regular birth control methods, so you can continue your regular birth control right away — or start one, if you don’t have a regular method.” The same goes for other progestin-only morning-after pills. This is the case whether you’re taking a progestin-only birth control, or a combination pill, which contains both estrogen and progestin (and is the more widely prescribed type in the US). “You can take both [Plan B and birth control] at the same time because it really is just like additional ovulation blocking. It’s not something that is working by a completely different mechanism,” explains Wendy Goodall McDonald, MD. “What confuses [people] is they feel like Plan B truly is a substitute for the birth-control pill, and they’ll stop taking their pill pack, which is not what we want them to do,” adds Natalie Crawford, MD, a board-certified ob-gyn and fertility physician. Dr. McDonald suggests resuming your birth control once a day from where you left off. (That being said, consulting your ob-gyn, who’s familiar with your personal health history and medication, is always a good idea.)

Can You Take a Prescription Morning-After Pill on Birth Control?

Plan B is OTC, but there is a prescription morning-after pill, ulipristal acetate (UPA), which is most commonly sold under the brand name Ella. It can be taken up to five days after unprotected sex. And unlike Plan B, you cannot begin taking birth control immediately after taking this type of morning-after pill. Ella is a hormone blocker, and can keep a hormonal oral contraceptive from working effectively, according to Healthline. So it’s suggested that you wait at least five days before you start back up on your regular birth control (or begin birth control for the first time). As always, though, talk to your doctor for specific guidance when taking this drug.

Should I Use Condoms After Taking Plan B?

After taking Plan B, UPA, or another type of emergency contraceptive, you may need to use a backup method of birth control when having sex, like condoms, to effectively prevent pregnancy. Dr. McDonald advises that you use backup contraception for at least a week after starting up on birth control again after taking an emergency contraceptive (and remember that if you took UPA, you also have to wait at least five days before taking the pill again). Dr McDonald says that seven days is “a good general window for preventing ovulation going forward,” but it’s still a good idea to ask your doctor for advice specific to you, your situation, and the pill you take, to be on the safe side. (Are you sensing a theme? When it comes to safeguarding your reproductive health, it’s always a good idea to talk to a healthcare professional you trust so you can get advice specific to you, especially now.)

Condoms are important; you can’t count on a morning after pill to protect you from pregnancy resulting from unprotected sex you have immediately after taking the emergency contraception. “The effectiveness of either Plan B or UPA is really preventing pregnancy from an encounter that could have occurred three [with Plan B] to five days [with UPA] ago, but that’s not necessarily preventing pregnancy for a future encounter,” Dr. McDonald says. And Dr. Crawford stresses that birth control does not protect against STIs, so condoms are crucial in that sense as well. (You may want to get screened for STIs if you are taking an emergency contraceptive because your usual barrier method of birth control, like a condom, broke, slipped off, or failed.)

What Are Signs Plan B Didn’t Work?

Dr. Crawford said she’ll see some patients become concerned that their birth control isn’t working after using Plan B because the morning-after pill can interfere with your period. She typically has to tell patients before they use Plan B that they should expect an abnormal period afterward due to the high dose of progestin, which could trigger menstruation. But if you’re concerned the emergency contraceptive didn’t work, your best bet is taking a pregnancy test. Planned Parenthood suggests taking one if you haven’t gotten a period within three weeks of taking a morning after pill. But, again, you can also ask your doctor about the best time to take a pregnancy test.