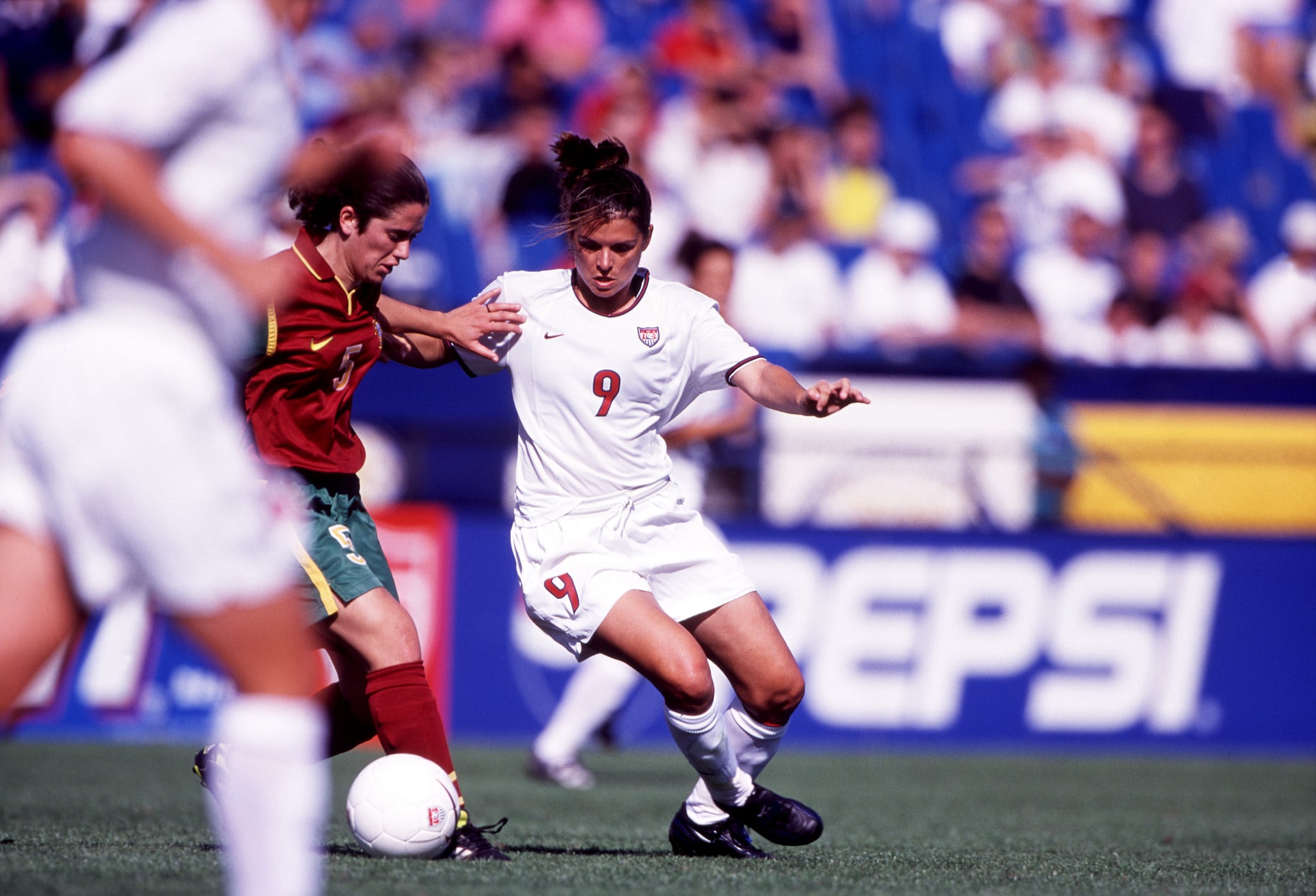 Almost two decades after her retirement, Mia Hamm will be formally inducted into the U.S. Olympic & Paralympic Hall of Fame on June 24. Aside from an impressive career including three Olympic medals and two FIFA World Cup Championships, she is also known for propelling women’s sports ahead. Considering the US Soccer Federation’s recent announcement that men and women’s soccer players will receive equal pay through 2028, this seems like a very fitting year to honor a trailblazer in gender equality.

In 2000, Hamm cofounded America’s first professional women’s soccer league, the Women’s United Soccer Association (WUSA). In 2004, Hamm and her former teammate Michelle Akers were the only two women and Americans named to the FIFA 100, a list of the 125 greatest living soccer players, in honor of FIFA’s 100th anniversary. When she retired in 2004, she held the record for most career goals (of any gender). Nine years later, she was the first woman to be inducted into the World Football Hall of Fame.

Athletes and fans still recognize Hamm as a trailblazer in women’s history and soccer. On June 6, the United States Women’s Soccer Team announced her selection as a U.S. Olympic & Paralympic Hall of Fame inductee with high praise, writing, “🐐 headed to the hall! 🥇🥇,” echoing the common sentiment that she is in fact the greatest of all time.

Other legendary athletes like Lindsey Vonn, Michael Phelps, and Michelle Kwan will also be recognized in this year’s induction ceremony. The official ceremony is on Friday, June 24, at the U.S. Olympic & Paralympic Museum in Colorado Springs, CO.