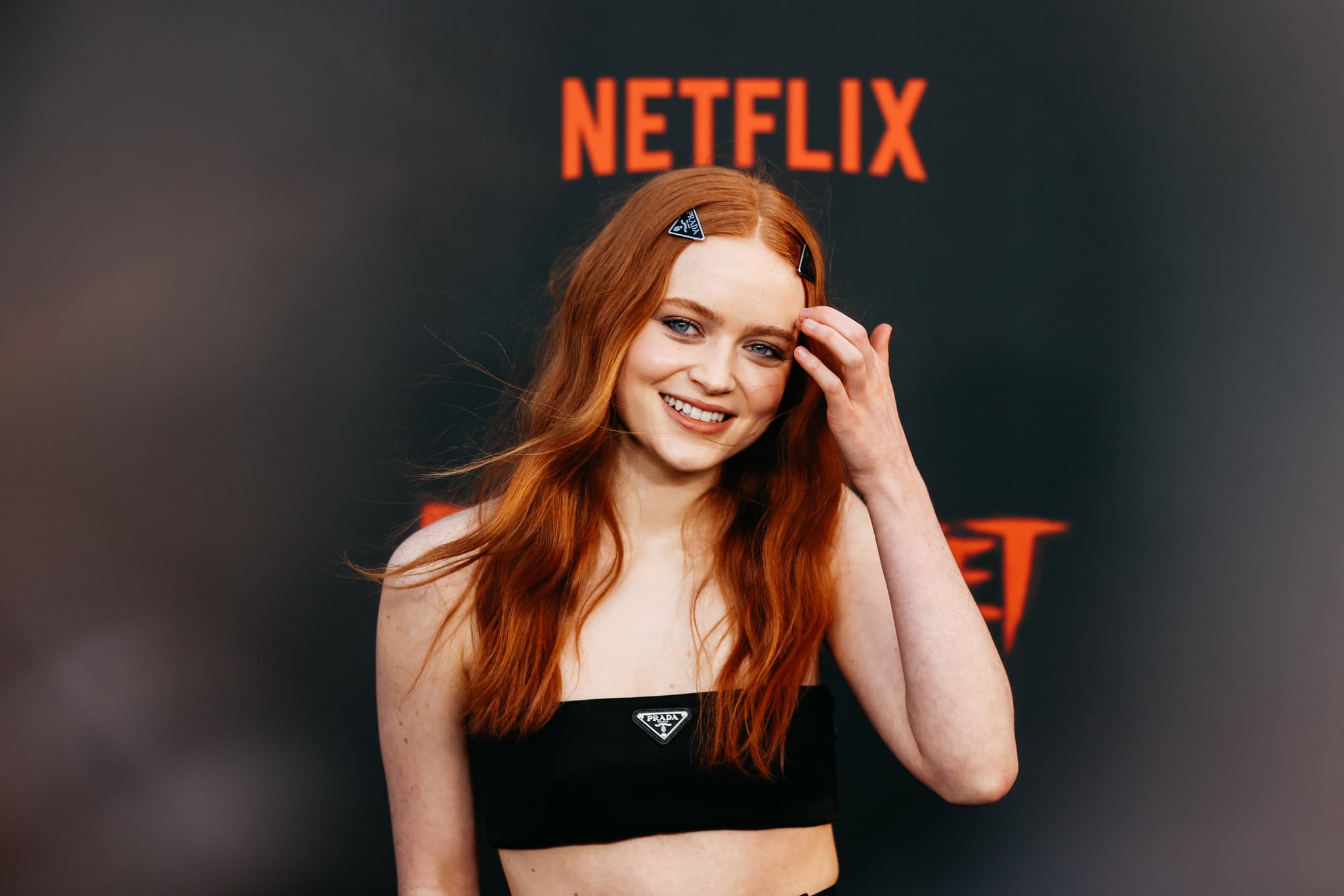 Since making her “Stranger Things” debut in 2017, Sadie Sink has delivered some of the series’ most impassioned performances, most recently stunning fans with her acting prowess in season four‘s “Dear Billy” episode. A powerhouse in her field, Sink — who has been acting since 2011 — has performed with the likes of Helen Mirren on Broadway, Brie Larson on screen, and even Taylor Swift in her “All Too Well” music video. She’s also been nominated for an MTV Movie & TV Award for Most Frightened Performance in her role as Ziggy Berman in “Fear Street: Part Two 1978.” Accolades and acting credits aside, the 20-year-old still faces everyday insecurities like self-doubt and imposter syndrome, something her character Max Mayfield has helped her slowly overcome.

“Growing up in this industry, you always kind of compare yourself to others,” Sink tells Glamour in a recent cover story. “That’s when you start doubting your abilities and those were my biggest insecurities, particularly in terms of coming into my own as an actor. As you get more experience, it becomes less about the competition and thinking ‘Oh my God, am I good enough?’ and more about finding yourself and drowning out the noise that comes with being in this industry.”

“There are a lot of issues that come with being a young woman in today’s society, but I like to focus on what’s real.”

In addition to the pressures of being a young actor in the entertainment industry, Sink has also been forced to confront the unrealistic beauty standards placed on young women in the spotlight. “It’s impossible not to worry about those things,” she says of the unhealthy expectations. “There are a lot of issues that come with being a young woman in today’s society, but I like to focus on what’s real. My friends and the people in my circle, that’s what I pay attention to rather than likes on pictures or what other people are posting or wearing and what they think I should be wearing, be it clothes or makeup.”

With so many factors working against her, Sink’s self-confidence journey remains a work in progress, but she’s already figured out one key way to take control. While other stars her age make social media a priority — incorporating different platforms into their brand — Sink sets healthy boundaries for herself by actively avoiding social media, a purposeful decision that allows her to navigate away from toxic internet culture and comments from trolls. “I don’t have the Instagram app or any social media apps on my phone,” she says. “I’ll download it sometimes to check in, but I don’t really like to associate with any of the negative things on social media. It took me a while to realize that social media probably isn’t the best place for me, but now I really don’t indulge in it much.”

“For me, playing Max, who is such an outspoken and bold character has really helped build my own confidence up.”

When it comes to dealing with the pressures of such a fast-paced, capricious industry, Sink makes a point of prioritizing her mental health, taking on each new challenge one day at a time. “Self-belief is obviously such an important thing and people preach about it all the time, but it’s a lot harder in practice,” she says. “Confidence is something that always goes up and down. There are times when you’re feeling really confident and other times where you’re a little more insecure. For me, playing Max, who is such an outspoken and bold character has really helped build my own confidence up. Throughout middle school and high school, I don’t think there was ever a moment where I wasn’t doubting myself or feeling insecure and just trying to find myself. You really have to get past those teenage years before you get there.”

Sometimes the pressure can still be overwhelming, which is when Sink gives herself permission to step back and recharge. Despite the difficulties associated with such an exacting career, acting overwhelmingly remains one of her biggest self-confidence boosters. “Being on set is when I feel the most empowered,” she says. “Doing what I have loved since I was six years old is where I feel my best.”