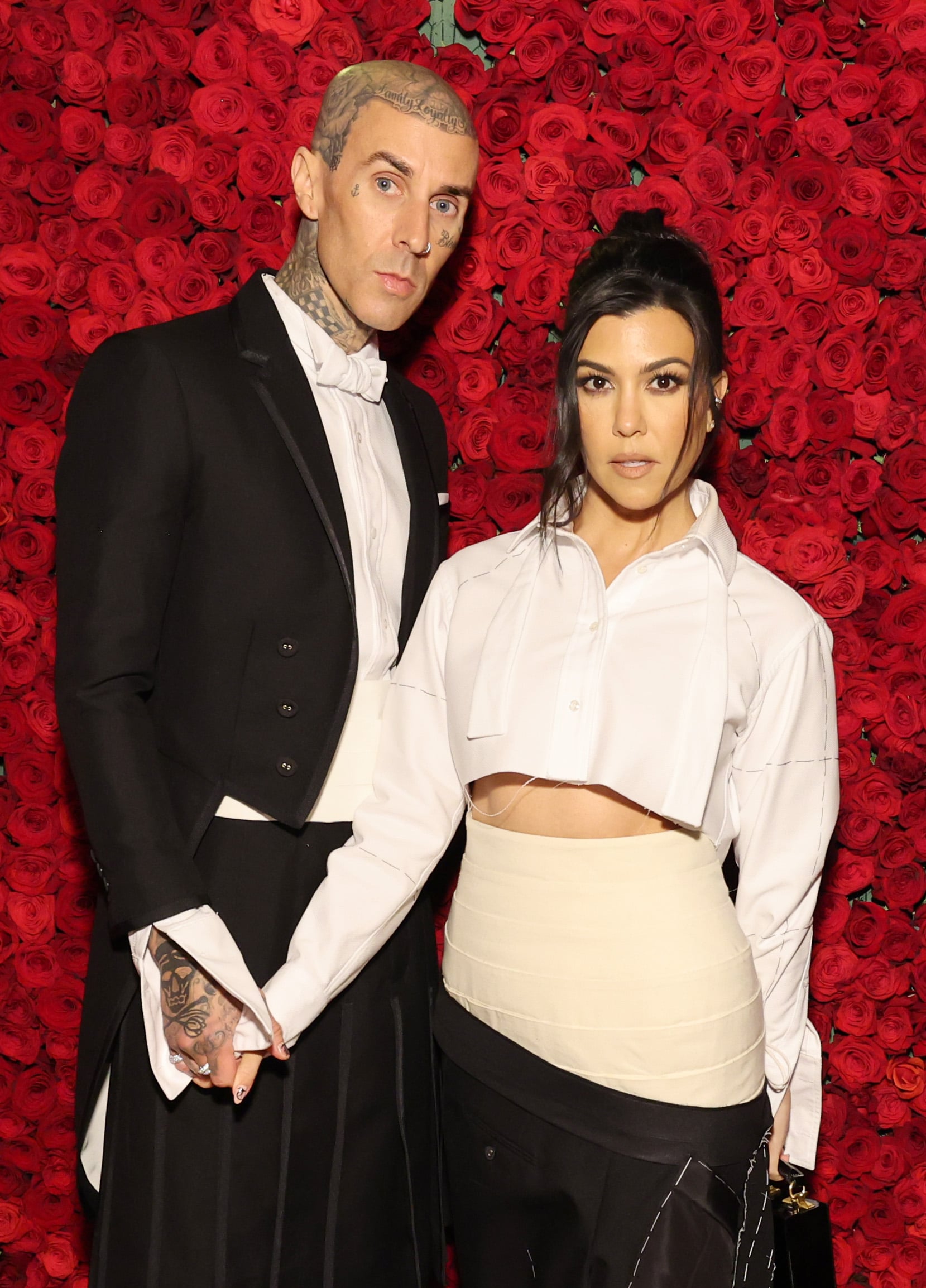 If you think you’ve seen “semen” in more headlines than ever before, it’s likely because you have. In early May, the “Our Father” documentary dropped, which revealed how one doctor used his own semen to inseminate his fertility patients without their consent. Then, a new study showed that “sustained weight loss” could help improve semen quality in men who are obese. All in all, it’s fair to say that semen is kind of having a moment right now.

And that moment hasn’t … finished quite yet. Come ended up in the news again today. The background: In Thursday’s episode of “The Kardashians,” Kourtney Kardashian revealed that a doctor advised her to drink semen four days a week to improve her fertility. (Yes, you read that right.)

In the episode, Kardashian and her hubs Travis Barker met with a wellness expert to discuss her fertility issues. There, she explained that a doctor advised her to drink Barker’s semen four times a week.

“I can’t remember what he said, if [my fertility count] was low or high. But he told us, well, he told me, that the thing that would help it was drinking come, like, four times a week.”

Barker responded with a smirk, “I love this doctor.”

The eldest Kardashian sister, who has openly struggled with fertility issues, didn’t specify who the doctor is or what he specializes in. However, she was quick to clarify that she and Barker didn’t actually try this, ahem, “technique,” — instead, they opted for what’s called a Panchakarma cleanse.

Whether or not the Kardashian actually sipped on her husband’s ejaculation is really none of our business. But in a world of misinformation out there regarding fertility issues, we knew we had to fact-check this with an actual ob-gyn — especially given the many viewers tuned into the episodes. Here’s what she had to say.

It’s time to add this one to the “BS Things the Kardashians Say” pile, folks. Ob-gyn Daisy Ayim, MD, told POPSUGAR there is zero truth behind this theory. “That’s ridiculous,” she says. “Do what you need to do to enjoy yourself, but ingesting semen has nothing to do with fertility.”

Because the oldest Kardashian didn’t name the specific physician who advised this — and let’s be honest, when do the Kardashians not name drop? — Dr. Ayam thinks this could have been a publicity stunt in order to stir some online chatter. When asked why a doctor would ever advise this, Dr. Ayam responded: “I think this just has to do with entertainment purposes. Entertainment is very grandiose in how they do things. I would like to believe that it wasn’t a physician that told her to drink semen to increase her fertility.”

Of course, fertility can be very complicated. And Dr. Ayam says that in general, she advises patients to enjoy their time trying to conceive. “You want to have patients relax and enjoy themselves and not make it a chore.” So if drinking your partner’s semen sounds like a fun way to add some spice into your sex life, then by all means, do engage. Just know that it’s not doing anything in particular to directly improve fertility problems. “There are medications and things that we can do to improve fertility, and drinking sperm is not one of them,” says Dr. Ayam.

As for ways in which you can boost your fertility naturally, you can try acupuncture, quit habits like smoking, and get some Vitamin-D. But more importantly, you should speak to a fertility specialist who can provide medical advice on how to approach your pregnancy given your specific needs.

Bottom line: “It sounds very cute and laughable on TV, but in real life, there are people that actually look at what these celebrities are doing and think they should do it too. No one should ever get medical advice from a TV show,” advises Dr. Ayam.