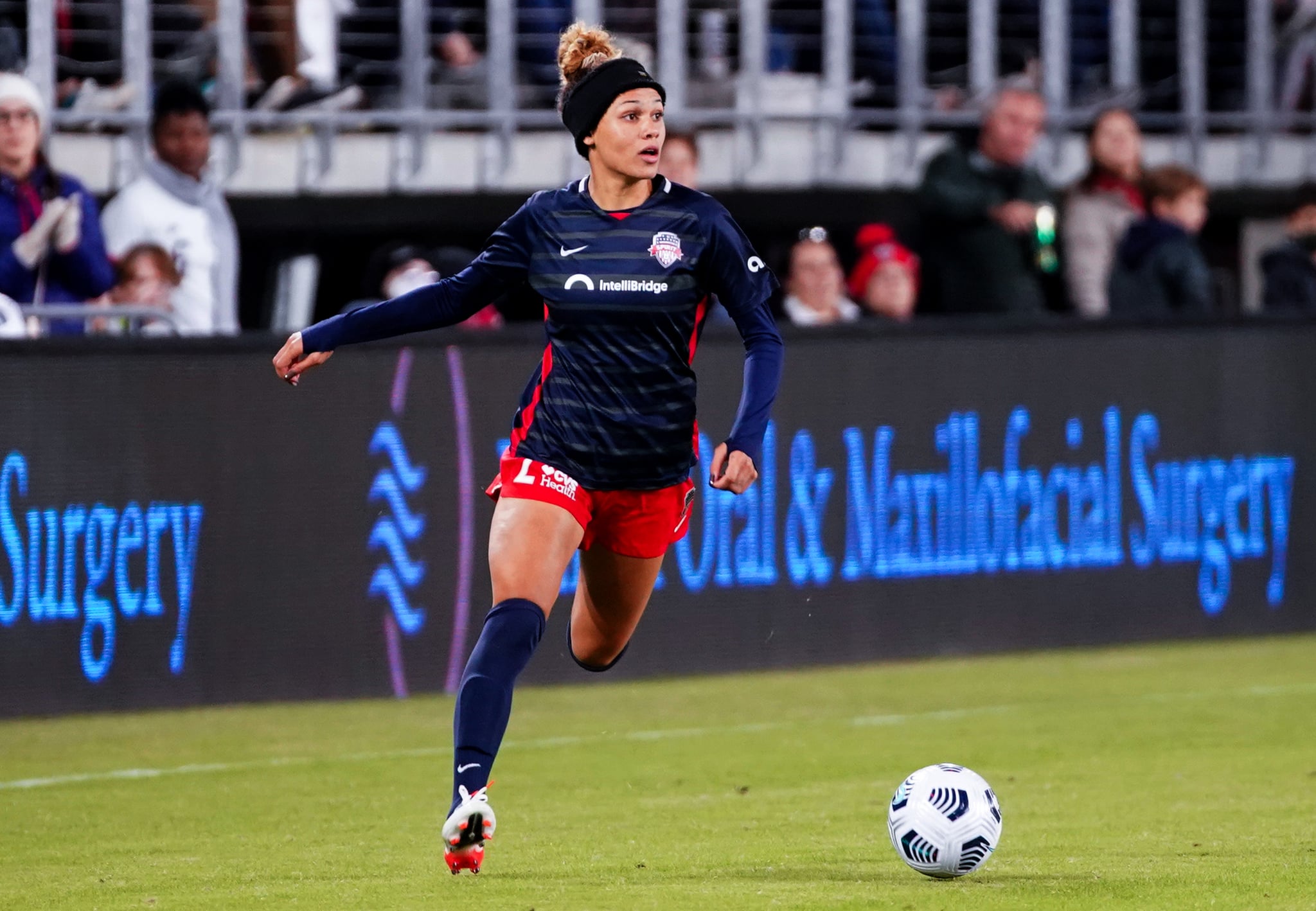 Trinity Rodman is already leaving her mark on the National Women’s Soccer League (NWSL) — reportedly to the tune of a record-breaking $1.1 million contract, which she’s signing after just one year in the league, according to “The Washington Post.” To be fair, that one year made history in its own right. At 19, Rodman was named Rookie of the Year; became the youngest goal-scorer in NWSL history; and helped lead her team, the Washington Spirit, to its first NWSL championship.

Even with those accomplishments, there’s a sense that Rodman is just scratching the surface of her potential — which is likely why the Spirit wants to tie her down. The three-year, million-dollar deal is reportedly the largest in NWSL history, and includes an option for a fourth season. “We’re incredibly excited to have Trin as a part of the Spirit family for at least the next three seasons,” said Kris Ward, head coach of the Spirit, in a statement on the team site. “She has a truly special career ahead of her and makes us a better club on all fronts.”

Rodman’s impressive year — during which she also earned US Soccer’s young player of the year award and her first senior national team call-up — came amidst turmoil at her club. In September, Spirit head coach Richie Burke was fired following an investigation into allegations by former players of harassment and a toxic work culture — the beginning of a wave of abuse allegations that would rock the league. The Spirit were also subject to a drawn-out ownership battle and had to forfeit two games due to violation of COVID-19 protocols.

None of that seemed to faze Rodman’s on-field play. “We got through it,” Rodman told “The Washington Post” this week. “We built a sisterhood.”

With NBA and NFL contracts in the eight- or nine-figure range, it’s important to contextualize Rodman’s payday. The minimum salary for an NWSL player, per the league’s new collective bargaining agreement, is $35,000 — a nearly 60-percent increase from years prior. Rodman will earn $281,000 per year. It’s quite a step up for a player just coming off her debut season — a No. 2 overall pick with a lot of hype and a famous last name, thanks to her father, former NBA star Dennis Rodman.

Turns out, Trinity wasn’t overshadowed for very long. With yet another record under her belt, we’ll have to wait and see what she does next.