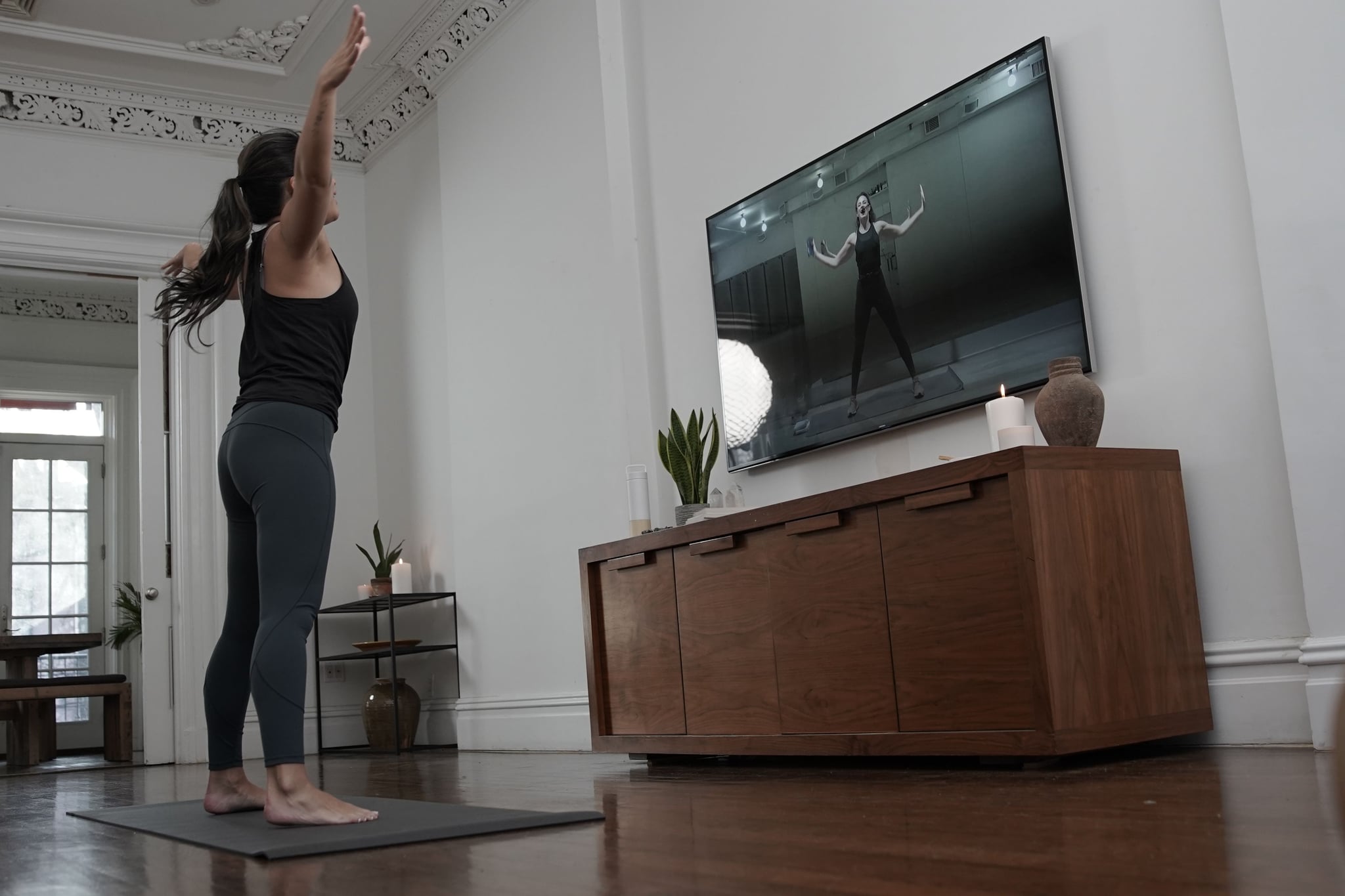 Created by The Class instructor Karla Misjan, Beyond Resolutions is a four-week program aiming to get to the root of our reasoning for even making resolutions at all. Journaling, meditation, EFT tapping, and The Class are just some of the sessions folded into the program’s curriculum. Over the course of the four weeks, instructors Mallory Meeks, Aimee Cox, Katie Facada, Erin Ward, Amanda Martinez, Marina Trejo, and founder of The Class Taryn Toomey guide participants through a curated set of themed classes designed to create an emotional shift away from over-analyzing our lives and tap into a deeper sense of who we are.

What Is The Class?

The Class is more than a workout. It’s a mat-based class where one move is repeated for the duration of a song, which, in my experience, always matches the energy of the moves we do. Squats, skaters, burpees, and jumping jacks are just some of the exercises you’ll practice during The Class. Every time I’ve taken The Class, I leave feeling emotional and invigorated with a new understanding of how I see myself in relation to the world around me. So when I got the opportunity to preview a week of Beyond Resolutions, I was both excited to get started and curious to find out what was to come.

Beyond Resolutions by The Class Schedule: Week 1

Beyond Resolutions by The Class: Day 1

Beginning the first week of Beyond Resolutions With Taryn set the tone for the rest of the week in a comforting way. As someone who’s well acquainted with The Class structure, I appreciated being able to start with something familiar. I’ve never practiced with Taryn in person, so getting to be led by her felt even more reassuring. Her voice, presence, and teaching style kept me engaged throughout the hour in a way where I felt in tune with my body in the moment.

“Dissolve” was a word that was brought up numerous times towards the beginning of the hour. Internally, the word “dissolve” resonated in my body as removing a layer of self-judgement about how I was moving and matching Taryn’s movements. One of the things I appreciated the most about this session was that Taryn constantly shifted between variations of movement during each section. An example came during the jumping-jack portion. She rotated between traditional jumping jacks, stepping side to side while raising her arms, and even hopping underneath herself while moving her arms. Her ability to seamlessly offer various options allowed for me to further dissolve the idea that everything has to be perfect. So long as I was moving safely, what my movement looked like didn’t matter and the removal of judgment felt so freeing.

Beyond Resolutions by The Class: Day 2

Marina’s soothing meditation and journaling session continued the thread of being present with my body in the moment. Her teaching style over the course of the meditation felt incredibly caring. She initially spoke about different ways to set up our spaces to be comfortable — including practicing in a bathroom if that felt best.

Once we found a comfortable seat where we could tap into the midline, Marina offered the option of practicing with eyes closed or open, and we began. Starting from the top of the head, we palpated small soft spots of the body, noticing the connection between the body part and different emotions and thoughts that can appear in those spaces. Towards the end, we made fists “pulling in,” as Marina said, the tension in our lives. Upon the release of our fists, we “dissolved” what we chose to put in our fists. When I released my fists, I felt this pressure lift from both my palms and shoulders. We then went into the journaling section to see where our minds were in that moment. One guiding idea was to write the word “hello” down and to let the following words flow out. Touching pen to paper felt like an effective way for me to write freely without getting distracted by social media.

Beyond Resolutions by The Class: Day 3

Taryn’s cardio session on the third day was my favorite practice of the week. “Disintegrate… dis-integrate,” were the first two phrases that Taryn said at the top of class. Towards the top of practice, as we moved our bodies and Taryn spoke, all I could think of was “dis-integrate” as removing negative judgment from myself. I’m pretty good at catching self-critical thoughts, but when I move my body, I’m so busy making sure I can breathe and keeping my muscles safe that I don’t have to judge myself. Of course, Taryn read my mind.

“A suggestion is to use this practice today for a bit of shame reduction,” Taryn offered. With a cardio practice comes a lot of sensation in the chest. The heart space can hold a significant amount of emotions. Needless to say, I was feeling a lot of internal shifting during this class. As I was feeling, thinking, breathing, and moving, Taryn chimed in again with “If you’re still in your mind, you’re in your mind. Let it move. . . Let go.”

Beyond Resolutions by The Class: Day 4

After such a cleansing class, it felt great to have an entire session dedicated to stretching with Marina. Playing with mobility as we went through the series of stretches was intriguing. Exploring balance, alignment, and breath while getting tactile with the ground felt like a playful way to clear the feeling of tightness in the crevices of my body. Marina summarized the experience perfectly when she said, “There’s a time and a place to grip, right now we’re playing with grip.”

Beyond Resolutions by The Class: Day 5

Honestly, I was a little nervous about going into The Class taught by both Taryn and Marina. The nerves came from worrying that there might be an awkward, competitive energy, but I was proven wrong. They worked together in a way where each of them took time to speak while complementing each other’s phrases. One of the greatest aspects of this class was watching the instructors moving side by side, but in their own style and feeling free to mirror them in my way. The heart-clearing exercise at the end (where we sit and pump our arms by our sides) felt even more emotional than usual. The words Taryn said in class, “Supporting your own process of evolution,” continued to echo through my mind the entire time. I genuinely felt supported by Taryn and Marina over the course of the week.

Beyond Resolutions by The Class: Final Thoughts

I’m wonderfully impressed by Beyond Resolutions. The steady separation between technology, judgmental thoughts, and the true self was an experience that has already shifted my outlook on the remainder of 2022. If I set a goal, I’m allowed to keep it malleable, and if things don’t go as planned, there’s no judgment. As Taryn said in class on the third day, “The inconvenient truth of practice is that you have to do it.” And while it felt a little nerve-wracking to start, I’m glad I followed through with the week. If you’re ready to learn more and gain free access to week one of Beyond Resolutions, view The Class’s website here.

Image Source: Courtesy of The Class