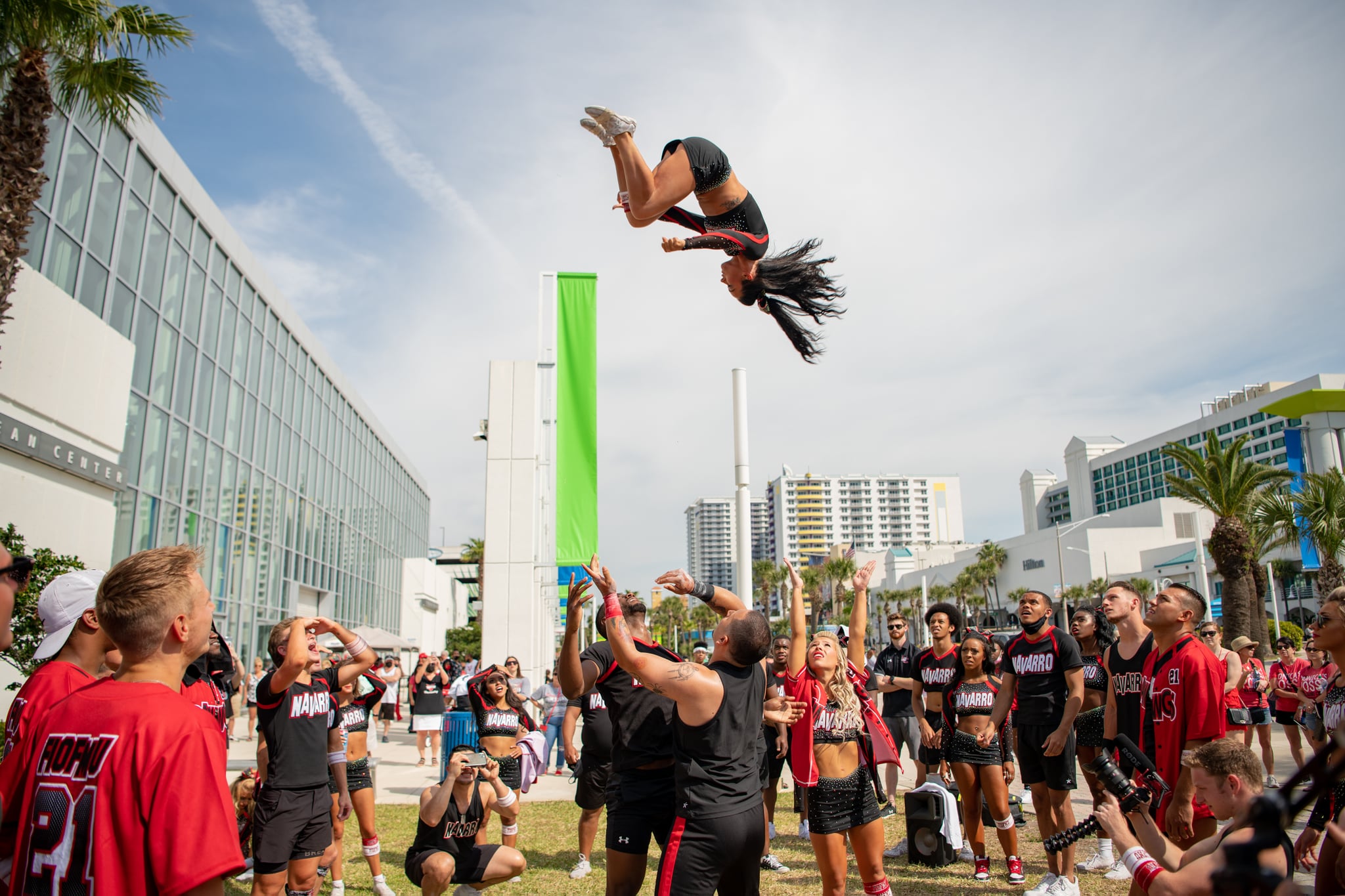 In season one of Netflix’s Cheer, we watched the Navarro College cheerleaders pour their blood, sweat, and tears into preparing for the biggest competition of the year — the NCA & NDA Collegiate Cheer and Dance Championship in Daytona, FL. In 2019, Navarro went head to head with their biggest rivals, the cheerleading squad from Trinity Valley Community College, in the Advanced Large Coed Junior College category. In the end, Navarro, led by head coach Monica Aldama, edged out TVCC to take home the championship. And that brings us to season two.

This season picks up in the 2019-20 school year, which is exactly when the COVID-19 pandemic hit. Because of this, the NCA national championship competition was canceled for the year. That meant that some of Navarro’s star cheerleaders didn’t get what they assumed would be their last chance at nationals. However, as Gabi Butler told Hollywood Life in July, the athletes were given an extra year of eligibility due to COVID. Some chose to take advantage of it and others didn’t, setting the stage for a showdown in the second half of season two featuring both rookies and veterans from these talented cheer squads.

The 2021 competition in Daytona took place in April, and both TVCC and Navarro put on strong performances. As the final episodes of the season reveal, both teams made minor mistakes, with TVCC’s happening in the preliminary round, where they ended up trailing Navarro by less than one point. The preliminary round accounts for just 25 percent of the teams’ final scores. In the finals, Navarro scored 98.0708, and TVCC finished with a score of 98.2292, taking home the national trophy for the 12th time in the school’s history. In comparison, Navarro has won the NCA national championship 14 times since 2000.

The 2022 NCA & NDA Collegiate Cheer and Dance Championship will take place in Daytona in April, assuming there are no other conflicts due to COVID-19. It’s unclear if it will be documented in Cheer, but there’s reason to believe the show could be renewed for a third season.