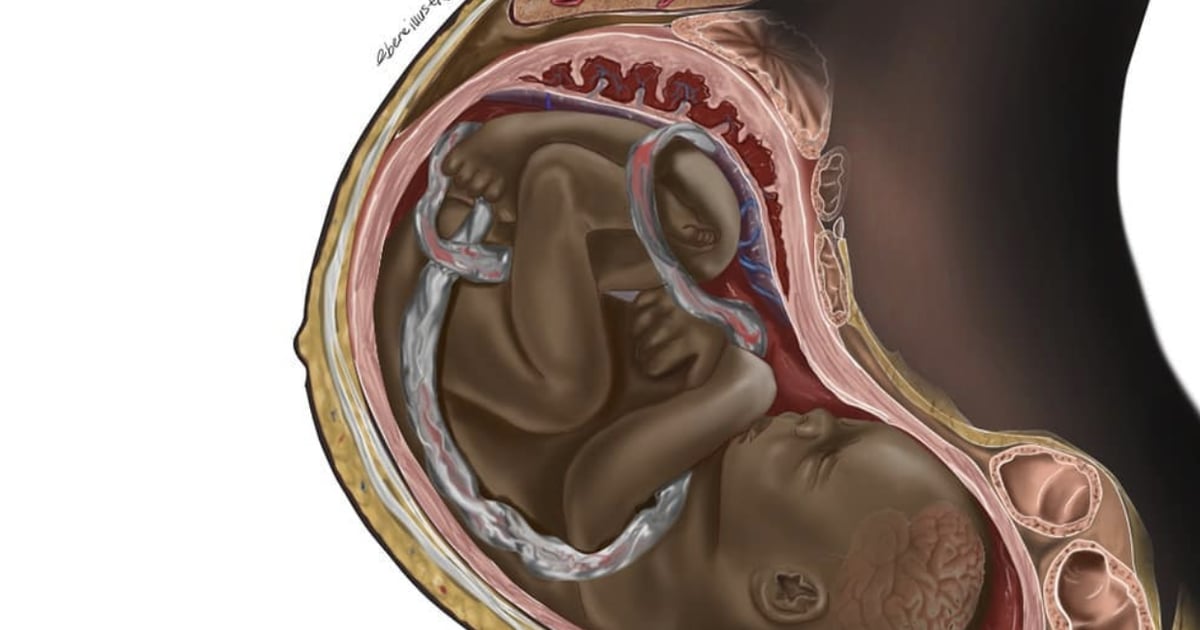 Chidiebere Ibe’s widely shared medical illustration of a Black fetus in the womb reminded the internet that there are still prominent representation gaps in healthcare. The Nigerian-born medical student who has spent the past year-and-a-half posting medical illustrations to Instagram with Black figures as the main subject has been praised by health organizations and even celebs who realize they’ve never seen themselves portrayed this way.

“Imagine the fact that WE aren’t depicted in this form. That’s the norm. White people get to be viewed as the default,” Luvvie wrote on Instagram. Netflix’s global chief marketing officer, Bozoma Saint John, commented under Luvvie’s post, “Here’s the crazy part . . . I didn’t even question it. That’s the evil of our erasure . . . sometimes WE don’t see it either.” Under Ibe’s original Instagram post are countless wows of amazement at the realization that they haven’t seen themselves represented in medical illustrations. Ibe’s image also made one commenter, with the username chynastown, realize that “seeing more textbooks like this would make me want to become [a] medical student.”

White figures make up 95.5 percent of medical illustrations, according to a study published to the Journal of the American Academy of Dermatology, so it’s not surprising that seeing a non-white medical image has been a jaw-dropping experience for so many people. POPSUGAR spoke with Ibe about the driving force behind these inclusive illustrations and his future plans in medicine.

What Chidiebere Ibe Hopes to Achieve With His Work

Ibe, a member of the Association of Future African Neurosurgeons (AFAN), a network that provides mentorship and learning resources to African medical students, noticed that none of the medical illustrations were of Black people. He was determined to create images that were representative of his community. “Everybody needs to be heard, everybody needs to be seen, everyone wants to be valued,” he said. With just his computer and a mouse, Ibe taught himself all he knows about graphic design.

Ibe ultimately hopes to see people, especially Black men, value themselves and their health through his illustrations. “I intend to give back,” Ibe said about his future plans outside of neurosurgery. He aims to donate some of his illustrations to medical institutions who cannot afford to pay for many supplies as well as raise money for people who can’t afford to pay for school. It’s important to him to help support his community and a new generation of medical professionals.

When asked if his images would only live on the web, Ibe mentioned that one of his beloved medical institutions, the Boston Medical Center, has reached out to him about getting his work published. So while we wait for the printed edition of his work, ahead, see some of his popular illustrations which center the global Black community.