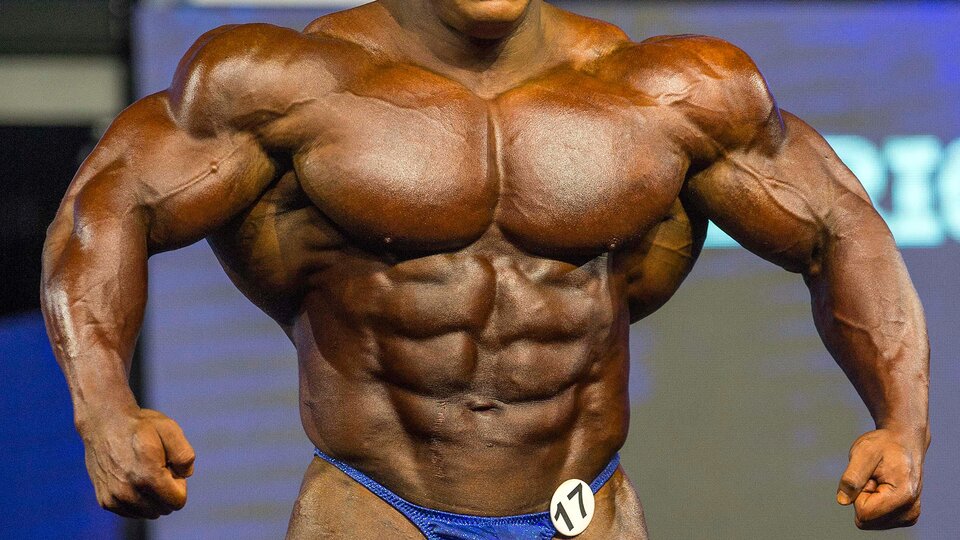 The buzz after Friday morning’s prejudging had Derek Lunsford moving past last year’s champion, Shawn Clarida, to capture the first-place trophy—not to mention the $50,000 prize money that comes with it.

The division at first was all about Clarida, Lunsford, and the ageless Kamal Elgarngi—but the callouts at the Friday night Finals took the 48-year-old Elgarngi out of the picture in the fight for first. He still looked great but, had to battle a Clarida who was just as sublime as last year when he won the crown, not to mention an all-time best Lunsford. Still, not too shabby for a guy 20 years older than Lunsford, and a decade older than Clarida.

A Clarida/Lunsford battle was anticipated by many in the media, and they got their wish. It would be the much smaller—but more detailed—Clarida and the larger, wider Lunsford who faced off in the final showdown. Sporting the best quads and hamstrings in the division, Lunsford’s notorious vacuum shot cleaned up the competition. Clarida sported his tiny waist, familiar shredded thighs, detailed chest, and peaked biceps.

It was an apples and oranges comparison, not unlike Brandon Curry against Big Ramy in the main event. At 5-foot-2 and 180 pounds, Clarida had to give away at least four inches and 25 pounds to his main advisory. And when Lunsford showed up tighter than in past defeats, it resulted in a close, but unanimous victory for the former USA champion.

Elgargni finished in third, as expected, with Angel Frias landing in fourth and Nathan Epler rounding out the top five.

Be sure to check back! We’ll be updating the men’s finals results as events unfold throughout the Olympia weekend.