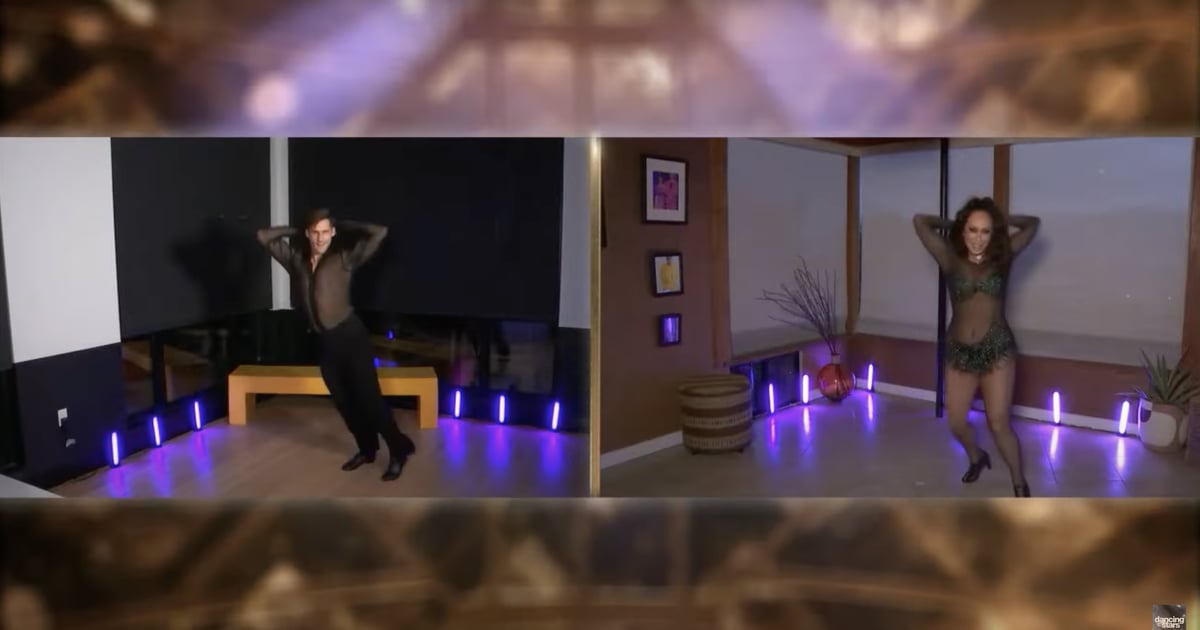 In Dancing with the Stars‘s first-ever remote performance, Peloton’s Cody Rigsby and partner Cheryl Burke danced from their respective homes to Britney Spears‘s “Gimme More.” According to People, Rigsby, who is a Spears fan and includes many of her songs in his Peloton rides, said during the intro segment: “If you thought you were going to count me out during Britney night, think again America. If anything I’ve learned from Britney Spears, it’s a comeback baby.”

The video above shows Rigsby and Burke using props and hitting the beat with spins, high kicks, and body rolls on side-by-side screens. The pair scored an 18 out of a possible 30 (judge Derek Hough reportedly had to skip this week due to possible COVID-19 exposure), and though the judges generally praised them for performing in such “strange” circumstances, they ultimately said it wasn’t the couple’s best effort on the floor.

Both Rigsby and Burke are fully vaccinated; however, Burke tested positive for COVID-19 on Sept. 26, and Rigsby subsequently tested positive (for the second time this year) shortly after. They told Access Hollywood they’re feeling better and that they’re planning on coming back to the DWTS ballroom for next week’s dance if cleared. Burke expressed how difficult this Britney Night number was given the fact that they are across the country from one other — she’s in LA and Rigsby’s in NYC — and unable to see each other during the actual performance.

Even while rehearsing for Britney Night, Rigsby told Access Hollywood that he had to record himself dancing alone to the music, then send the video to Burke for feedback on counts and choreography. It wasn’t a seamless process; there was a lot of back and forth. They also had to figure out logistics for properly aligning their newly converted mini ballroom spaces in their homes on camera.

When asked what Britney Spears would give their performance from Week 3, Rigsby said, “All 10s, baby. She would have loved every moment of it. I’ve studied Britney Spears my whole life, and I know that I gave every bit of essence of Britney that I could.”

The SCOTUS Ruling Comes at a Time When Abortion Access Is Needed More Than Ever
Samira Wiley Opens Up About the “Toxic” Relationship She Once Had With Her Body
The ONLY 5 Ways to Build Muscle with Bodyweight Workouts
Tri-Set Training for Time Efficient Muscle Growth
Post Workout Meal Advice: During a Cutting Diet